The Trails of Our Founder

Dr. T Kishore Kumar Bohra was born on 3rd September 1959 to Mrs. & Mr. Tejpal Bohra in Chennai. Inspired by his maternal uncle Dr. Surendra Bora, an Orthopedic Surgeon, he completed his MBBS from Kilpauk Medical College, Chennai in the year 1982 and completed DO DNB Ophthalmology at ‘Sankara Netralaya’ in June 1985. He was the first student to pursue DO at  ‘Sankara Netralaya’. He started his yeomen service of restoring the vision of people in his clinic named “Bohra Eye Clinic” in September 1985  at Mint Street, Sowcarpet, Chennai and also extended his service at his residence in Avadi, Chennai.

In 1987 he started his Bohra eye hospital in Avadi with a vision to serve the poor and needy and to cater to the needs of the people who could not afford a quality eye care service in the outskirts of the city . His faith and belief in serving humanity with sincerity and commitment paved the way for the birth of ‘Bohra Eye Hospital’ from the clinic.

His clinic rendered service to lakhs of people who were in need of quality eye care treatment and revolutionized in making cataract surgery affordable even for the marginalized with the establishment of a unit in India to produce high quality, low-cost plastic lenses. In addition, thousands of irreversibly blind people have received rehabilitation and educational support which enabled them to lead lives of independence and dignity.

He spent his lifetime in creating health care facilities that put humanity with priority. He dedicated his career to creating solutions to get patients the cost-effective, compassionate, and comfortable care they deserve.

The almighty invites his ‘crown’ creations to his own kingdom of heaven for divine service after their service in the earth.

Yes, the goal-driven journey of Dr. Bohra came to an end on September 12th, 1994 when he met with a major train accident in Andhra Pradesh on his way back from eye camp.

“The Universe has to move forward PAIN and LOSS; they define us as much as happiness or love. Whether it’s a world or a relationship, everything has its time. And everything ends.”

Dr T Kishore Kumar Bohra was greatly respected for his simple living, high thinking, and fearless attitude. His enduring medical achievement made him a legend among medical practitioners. He still lives in the memory of his patients and the vision of service-minded individuals and views the world through them. 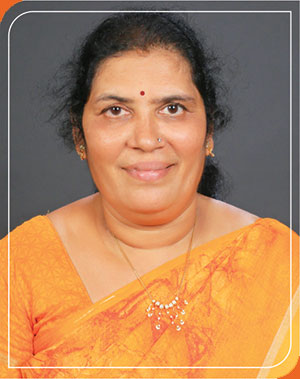 Reinstates The Dreams And Vision of Dr. Bohra

Following trait and trails of DR. BOHRA, Mrs. K Kushal, W/o. Dr. T Kishore Kumar Bohra is continuing the service incessantly till now in the memory of her lovable, philanthropic husband.

Mrs. K Kushal Bohra was born on 08th September 1963 to Mrs. & Mr. Pannalal Nahata in Hyderabad. She completed her higher secondary education in Hyderabad in the year 1981. She joined with Dr T Kishore Kumar Bohra through the nuptial knot on 9th May 1983.

Mrs. K Kushal Bohra was only 30 years old, with Seven year old son, three year old son and a year old daughter respectively, at the time of Dr Bohra’s demise, She managed the entire hospital with a huge responsibility of raising their three kids who were all less than 7 years without missing the charity activity.

She has been awarded and appreciated by the Andhra Pradesh special police for conducting free eye camp in the year 1998. She was awarded the ‘Man of the Millennium’ ‘in the year 2000 and other various awards for her social work.

Mrs. K Kushal Bohra empowers everyone she encounters with. She is a classic role model of women empowerment and her way of life inspires everyone. She empowers every individual whoever face challenges and thus by providing tools and techniques that help to eliminate individual stress. A sense of community spirit is created, that allowed her to overcome these similar challenges as a team than as an individual. She found skeptical solutions to all the hurdles, so that each one becomes self-dependent in their own path.

Vision of our Founder

A doctor by profession specialized in Ophthalmology who has made a difference in the lives of millions of Indians; he spearheaded many projects in Chennai, mainly in Tamilnadu, which gradually expanded over time to encompass other parts of the country. Up until his unforeseen death in September 1994, Dr. T Kishore Kumar Bohra worked tirelessly to bring relief to the poor and marginalized in our country. Whether it was underprivileged children, destitute women, or victims of natural disasters, he ensured that he did everything in his capacity to help these individuals lead more dignified lives through his health awareness camps.

Following his trait and trails, Mrs. K Kushal, W/o. Dr. T. Kishore Bohra continued the service incessantly till now in the memory of her lovable, philanthropic husband.

She reminiscences … “And time does heal. I’ve realized I’m doing well; I’m not in tears all the time, the kids are well cared for. I had to keep telling myself to take one day at a time. I found having conversations exhausting – death uses up a lot of mental energy. I didn’t look after myself and I became anemic and horrifically sleep-deprived. But I learnt to recognize the signs of stress, continued his footsteps which took two years before I felt like myself “

Better health is central to human happiness and well-being. At the same time disabilities and physical challenges are unavoidable. It also has an impact on the socio-economic status of the country especially among the poor and marginalized community of people.